I've got a new project that is SO EXCITING YOU GUYS! OH MY GAWD! 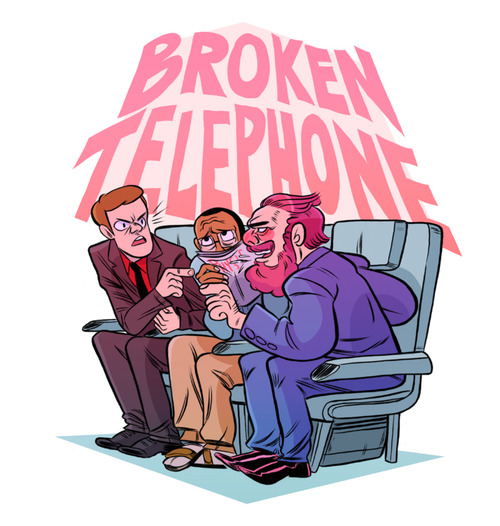 (art above by Carolyn C. Nowak)
Broken Telephone is a series of 18 stories I wrote, illustrated by 18 artists. Every issue is a new crazy crime caper. Mid-prison break cookie heist, duck-related disasters, air marshall assaults, mid-air medical emergencies, shark hacking, action, horror, drama, comedy, farce, so much crazy interconnected crap goes down. All the stories are different, but one thing remains the same.... everyone thinks they're the hero of the story. 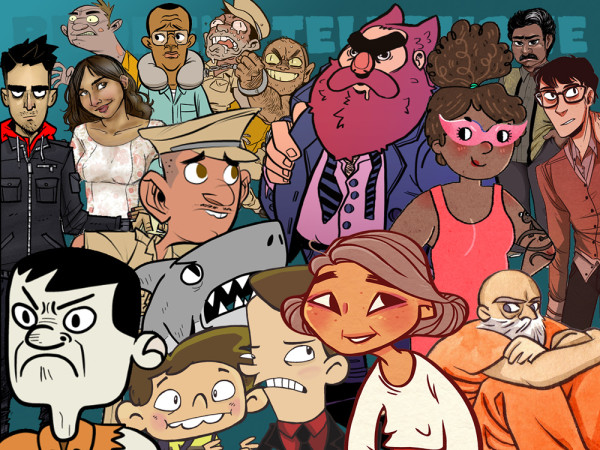 You can NAME your price to get all 18 issues, delivered digitally every two weeks!

That means you can get all 18 issues for as little as a dang BUCK but if you pay a little more you get EVEN MORE comics, even a new comic every 2 weeks for the entire year,  including 4 brand new adventure comics from me: 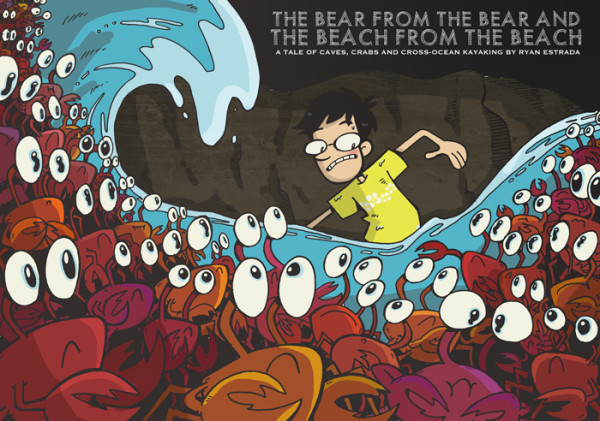 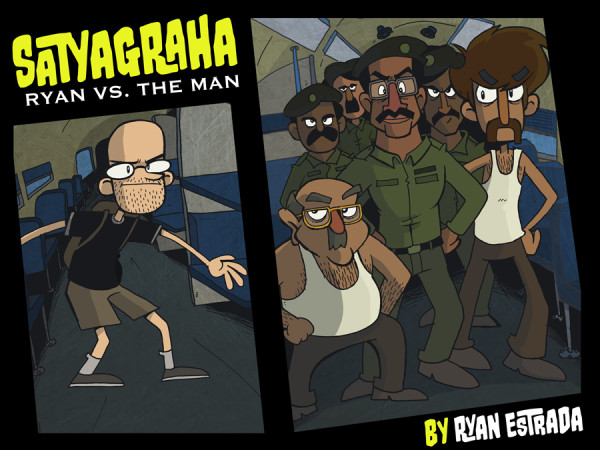 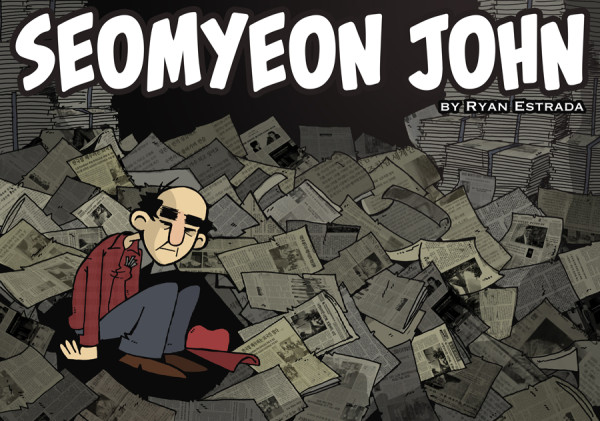 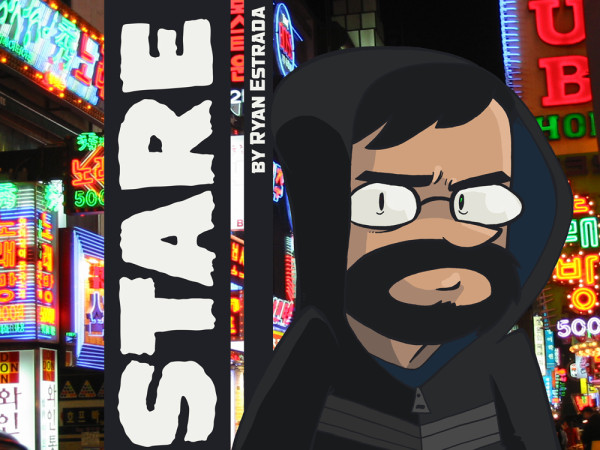 Get these suckers now! There's only 2 weeks left! www.the-whole-story.com

Hello LiveJournal!
Long time no see! These days, the best place to find my best work is at ryanestrada.com and the best places to keep up to date are on Tumblr or Twitter! But since my ol' LiveJournal is still hanging around, I thought I'd take my own advice and update you on the last year's worth of stuff!

Oh man, I have been up to some exciting stuff! Earlier this year I finally went full time working on my own projects! I released two new books... Plagued and The Kind. You can read them for free!

I started my own digital publishing company called The Whole Story! We've published dozens of books by amazing artists, and our latest project, Broken Telephone, premieres this month! Stay tuned!

I've also been doing a lot more audio and video content! I started off hosting my own online game show called Asking For Trouble, and now I'm a Korean radio star! I have my own radio show on Busan eFM called Places & People! 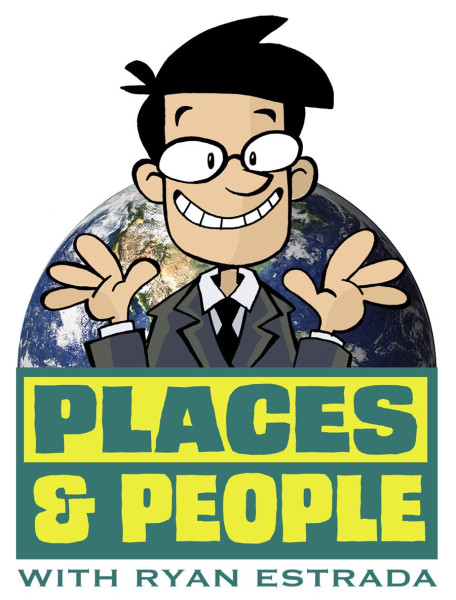 I've been doing all kinds of crazy stuff. I also edit a Twitter account now called @ForExposure_txt that collects funny quotes from people who want artists to work for free.

Oh No! Did you miss your three week window to get all 850+ pages of exclusive comics shown here for as little as a penny? Oh shoot! Don’t worry, calm down. Don’t freak out. I got your back, buddy. I know you’ve got a lot going on, some I’m giving you four bonus days to get your comics.

Just go to the-whole-story.com - name your price, and then get everything you see above as drm-free, retina resolution PDFs and now CBZs.

But I warn you, after those four days, if you missed your chance again, everything’s over. I've got to return everyone’s intellectual property, and it’s up to the rights holders what to do with ‘em. Some of these comics may not be available at any price! My hand are tied! So get ‘em while the gettin’s good!

I made a book trailer for all of my new supercool books!

Oh, man. I have something so awesome for you guys.

For the last 8 months, I have been working nonstop putting a secret project together. The Whole Story.I edited a whole collection of new indie graphic novels from some of the biggest names in indie comics.

I am honored and blown away to have worked with these awesome folks. They knocked these comics out of the park. Check ‘em out: www.the-whole-story.com

Money is always something that people don’t like to talk about. Especially freelance artists. But I think that in this new world where all the rules of how people earn a living have been thrown out the window, a little data can be very helpful. So because it may help a fellow independent artist, or someone who wants to make a living on the internet, I’ve done a little math homework, and am presenting my income from the last 5 years as a full-time artist, and typed up a breakdown of what I did right or wrong each year, and what I learned from it.

This week’s episode may be a little late, but it’s my favorite.

It’s time! The new season of Expeditions begins now!
A couple of months ago, I crowdsourced a list of missions on the internet. Then I traveled from the Panama Canal to Lake Titicaca solving them! I partied with blue-footed boobies, skinny-dipped with piranhas, walked through a coca war, and got into more trouble than I can list!

Tune in every Monday for a new episode!

My previous seasons have appeared on CNN, the American Film Institute and on Rocketboom, but this season can be seen easily right here on Tumblr!

If you’d like to watch the previous seasons, each edited conveniently into full length adventure: Expeditions: Africa, North India, and South India are all available to watch or download free at http://www.ryanestrada.com
Collapse